One of the trends of the smart city concept is supplementing conventional urban infrastructure facilities with new functionality. As an example, smart lighting poles that could be used to charge electric vehicles and other appliances. The idea of integrating recharging units with lighting poles was developed as a solution for the owners of electric vehicles (EV) to charge their cars. Despite the continuing growth of Russian EV market, service infrastructure is clearly lagging behind. Due to the limited number of street-based recharging stations, it is sometimes problematic to find one especially while traveling. The foundation to the smart pole project was laid in April, 2018, by the Minister of Energy of the Moscow Region Leonid Neganov who proposed to install 200 such poles in the Moscow Region by the end of 2018. When it became clear that domestically produced poles would be used, ILEC BL GROUP joined the four companies developing a solution to integrate a recharging station with a lighting pole. 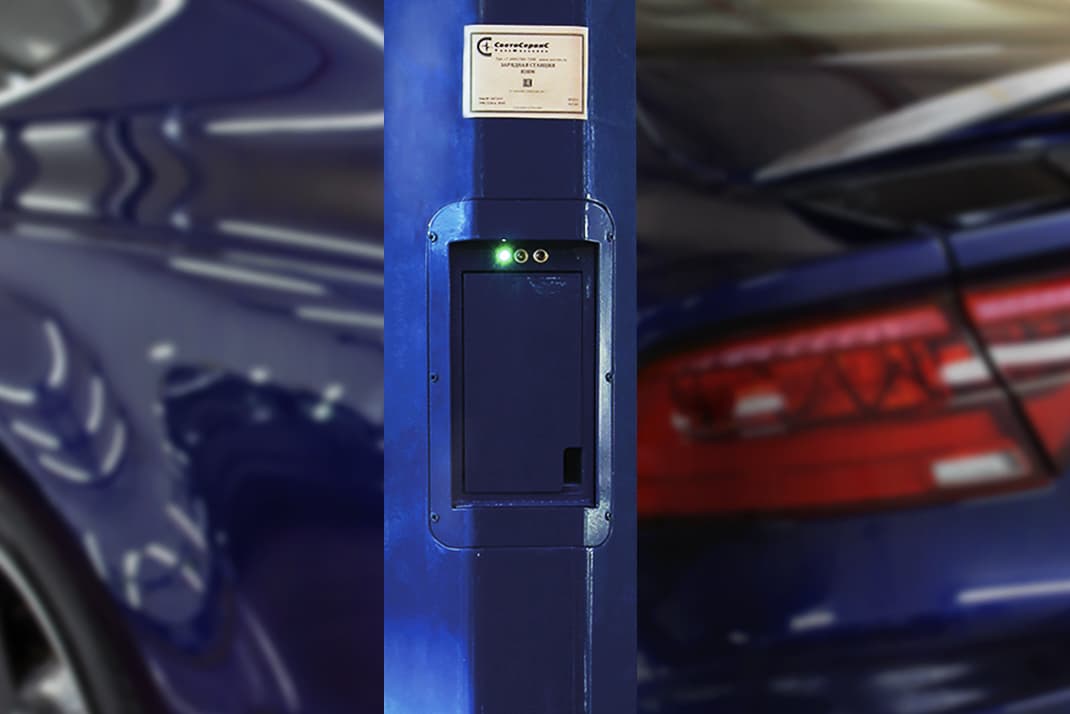 Technically, the solution is realized in the form of a service, which makes it possible to acquire a certain amount of electricity on demand. The design of the recharging station's controller includes a GSM-module, which provides communication with the server of Mosenergosbyt utility provider and enables the provision of electricity. Besides that, the DGS-channel would allow to monitor overall operation of the system on the provider's side. In order to use a recharging station, one would need to download a special mobile application. Using the software, a user will be able to find the closest available smart pole, initiate charging sequence and pay for electricity. Smart poles will be equipped with built-in sockets, so will be possible to connect to recharging station using standard cable. Average charging time for EV models popular in Russia is 8 to 9 hours.

ILEC BL GROUP is prepared to produce poles ready for installation of recharging stations of any manufacturer. We also have plans to develop an in-house recharging station. The system would make it possible to charge various electric appliances; charging time will be the same as with indoor recharging. This option will be appreciated by those needing to charge up their mobile phone or other gadgets. An important feature of the system is that is protected from the elements.

The company to install the very first 200 smart poles in the Moscow Region will be selected through tenders. These will be held in the near future. The Corporation will undoubtedly participate. Among the solutions offered by our Company are recharging station integration options based on a variant of SFG-400 load-bearing pole (9 meter high) and a nonbearing pole. Another solution was presented at ILEC BL GROUP's booth at Interlight Moscow powered by Light + Building 2018 exhibition. The range of smart poles is readily expandable by using OPORA ENGINEERING brand products as the basis.

We sense a strong potential in the development of tools and equipment for smart poles, e.g., by way of integrating a more powerful recharging station to accelerate EV charging, or installing a local Wi-Fi access point to facilitate service provision.

Convergence of technologies forming the concept of smart city is a step ahead of the transformation of our thinking habits. For this reason, many perceive such innovative ideas as smart poles as something romantic or futuristic. However, you get used to something useful fast, and if this idea proves its effectiveness, charging from a lighting pole may become something commonplace. We believe that the mentioned project realized in the Moscow Region will be scaled up to cover other regions of our country.