Luminous City: Our Lighting Equipment in 50 Streets in Rostov-on-Don

GALAD Wave LED luminaires became the core of the project for reconstructing outdoor lighting networks in Rostov-on-Don that was implemented as part of the state program Provision of the Population of the Rostov Region with Quality Housing and Public Utility Services. Over 49.5 km of new outdoor lighting networks were created in 50 city streets in the Kirovsky, Leninsky, Sovetsky, and Pervomaysky districts, in the Suvorovsky microdistrict, and a number of other territorial entities. Luminaires and lighting poles were installed from September 2018 through May 2019.

The project was implemented jointly with partners, i. e. general contractor RostovStroyRestavratsiya LLC and Trading House StroyMarket LLC in cooperation with AVS-electro LLC. The owner was satisfied with the quality of luminaires and noted their advantages from the perspective of construction and assembly work, as well as the correspondence between the actual and labelled specifications. Fruitful cooperation is going to be continued! 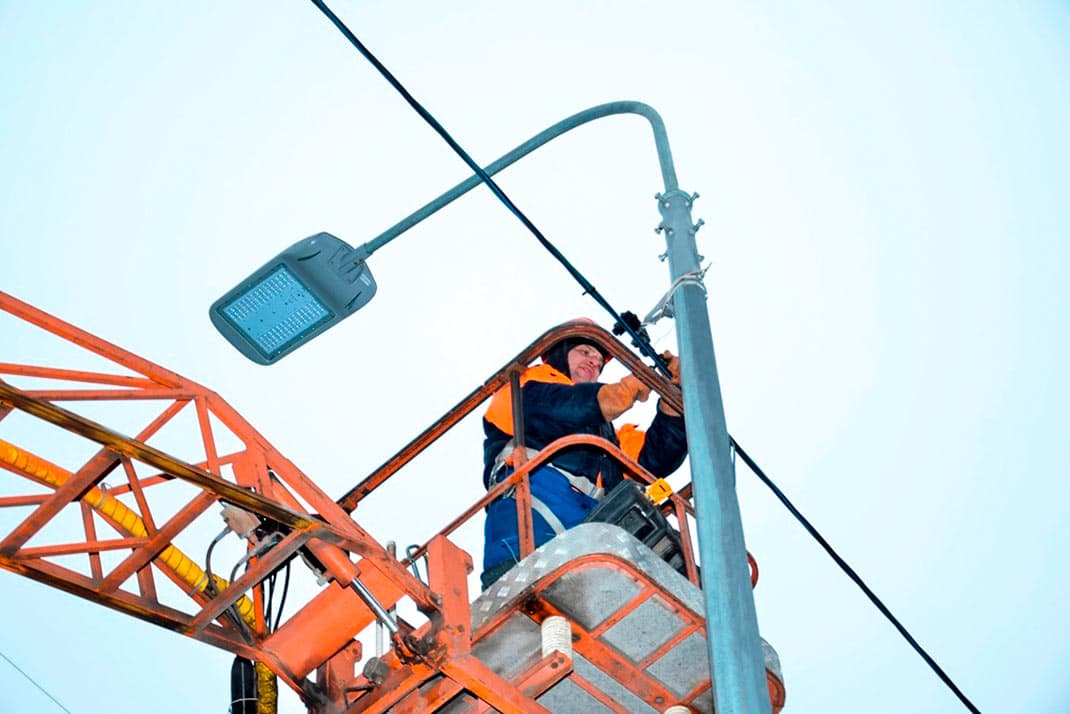 The project scale is determined not only by coverage or the number of luminaires installed, but also by the operational features of networks created. This is the first example of joint lighting control with the Rostgorsvet municipal enterprise in the history of ILEC “BL GROUP”. A number of our employees had contributed to the implementation of the project.

We would like to make a pointed reference to the design department whose specialists in 2018 developed a new design solution for GALAD Wave LED luminaires, taking into account the requirements of the project. It was necessary to ensure maximum uniform illumination of the entire carriageway without a zebra effect. To solve this task, a LED module was developed using highly efficient Cree LEDs. A luminous efficiency of around 130 lm/W was reached, which was considered a very good indicator in 2018. To distribute light correctly, for the first time, a combination of different options of secondary optics was used in the series, which resulted in excellent lighting engineering specifications.

Like any other serious development, the project became a story of concerted efforts placed by designers, engineers, laboratory assistants, assembly operation employees, and other employees of the Corporation. They had to cope with non-standard situations. For example, the statement of work forced them to use for the first time a fully Russian-made power source allowing to work with the automated outdoor lighting control system. To ensure the reliability of the power source, it was subject to integrated testing at the test center of Likhoslavl Plant of Lighting Engineering.

Wave luminaires were customized to the request. A universal solution was found for illuminating various types of roads that differ in the number of lanes, texture, traffic intensity, speed rate, and other parameters. Optimal energy efficiency and energy security parameters were achieved. Uniform light distribution and other quality indicators ensured better road safety.