A pilot project in Blagoveshchensk: we illuminated the largest street

The goal of integrating lighting engineering solutions of ILEC BL GROUP into digital platforms of Smart City is to create an energy effective, easy-to-control and comfortable lighting while upholding high standards of all the lighting engineering parameters including uniform light distribution. Out equipment should support control technologies employed at a specific site, be in line with any special climate features of the region. These were our objectives for a project in the Far East.

In Blagoveshchensk, together with SMART LIGHT SOLUTIONS (a part of Region Group), we realized a pilot project of illumination of Lenina Street together with the Amur Region Administration building. Our partner develops a high-tier information/communication platform which will connect all the Smart City services including artificial lighting systems. On the basis of the suit of engineering and digital solutions of SMART LIGHT SOLUTIONS, a comfortable and safe environment of Smart City is being developed. 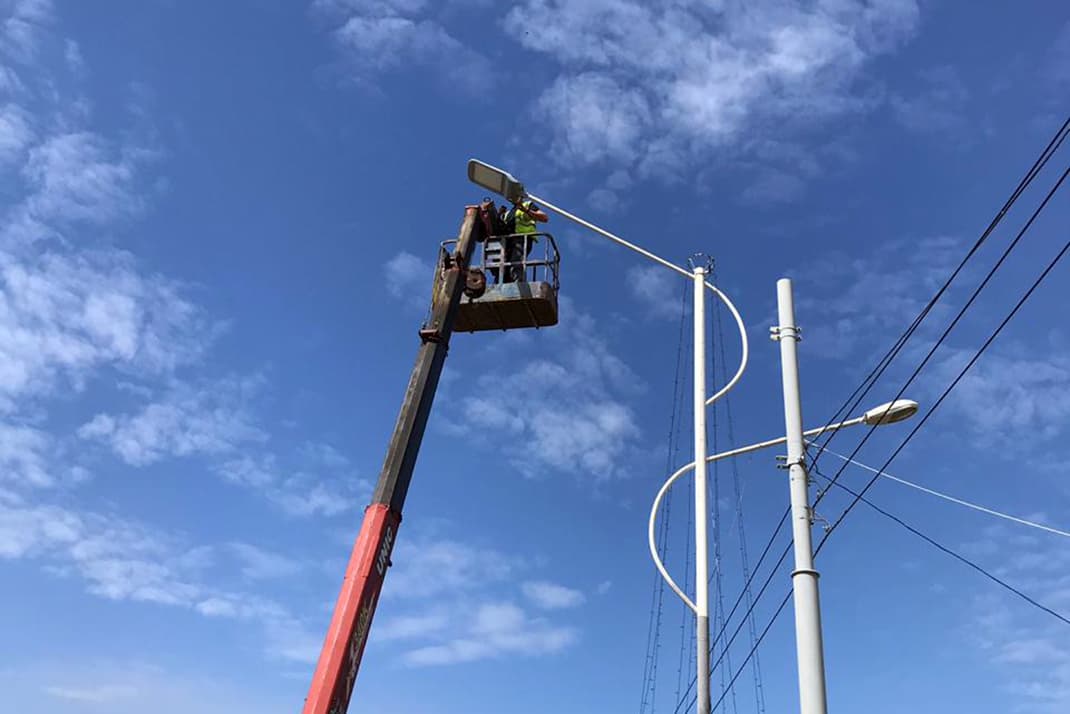 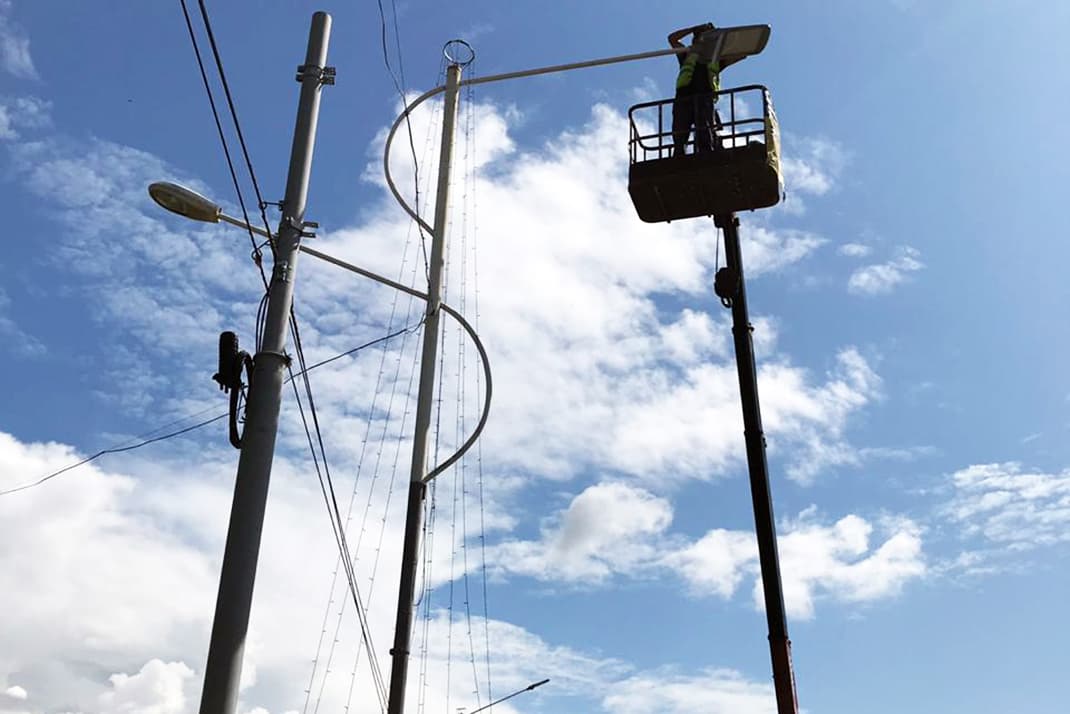 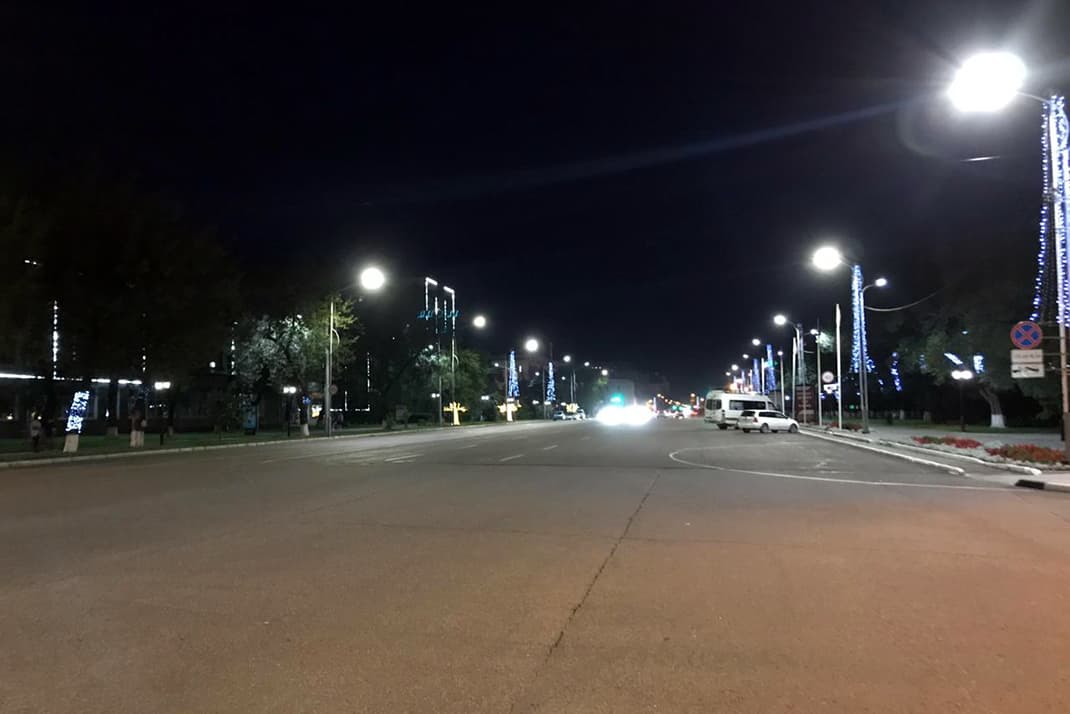 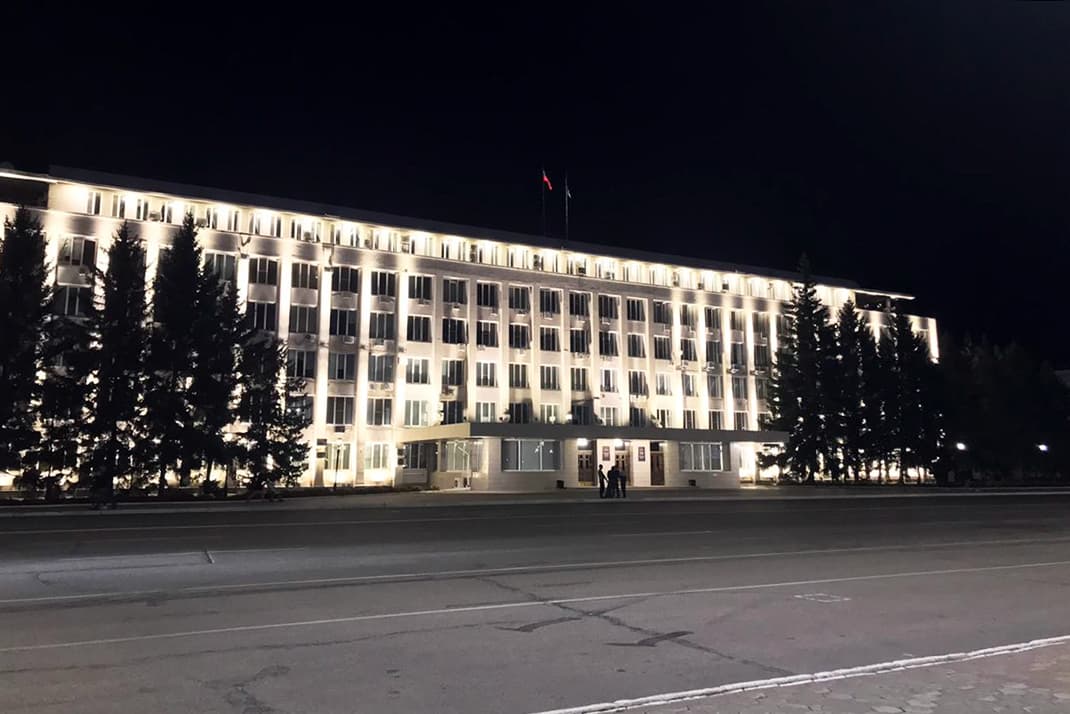 The project's main challenge was tight deadline - all the construction, installation and pre-launch activities had to be completed before September 8. The date was not selected randomly - it was the date of Blagoveshchensk City Duma elections. Our Lighting fixtures were shining brightly, this meant, we met the deadline.

Lenina Street is both a major traffic artery of Blagoveshchensk and one of its historical landmark, a way into the city. Geography of the street is unique -- it is located in the southern part of the city and runs parallel to both the mighty Amur River and the Russia-China border. Being one of the first streets of Blagoveshchensk, since the remote 1859, Lenina Street is a dominating feature of the city's landscape. Until 1924, the street was called Bolshaya, and it surrounded itself with administrative, commercial and cultural infrastructure. Notably, the first theater on the Far East was opened at this street -- in the former Public Assembly building. Gradually, commerce grew: the street attracted representative offices of various firms, banks and other organizations that were the drivers of the region’s economic growth at the turn of 19th century.

Many symbolic objects are located at the section of the street illuminated by our Corporation, the section stretches for over 7 kilometers, from the Naberezhnaya Street intersection to the Krasnoflotskaya Street junction. These landmark buildings include the Philharmonia, the Theater, the Social Culture Center, the Regional Natural History Center, the regional library, the Teachers College, the Military Academy and Amur Stadium, the home base of Amur-2010 Football Club.

Governor's Residence was built as early as in 19th century at the center of the so-called Artillery Quarter. Today, the building of the Amur Region Administration is located on the street. We have developed a special architectural illumination of the building based on our GALAD Perseus LED, GALAD Vega LED and GALAD Aurora LED lighting products. The lighting engineering solution of the building looks especially lively from the roadway. White features of the building show beyond an array of sentinel fir trees, with Russian flag fluttering proudly over it.

The Company develops solutions for management of urban processes and introduces Smart City technologies all over our country.