«Svetoservice-Volgograd» brings romance to the public gardens of Volgograd

The projects of «Svetoservice-Volgograd», which enters into the composition of ILEC «BL GROUP», are often implemented within the program « Comfortable environment formation», the execution of which is controlled both by the city authorities and the Governor of Volgograd region Andrey Bocharov. It is logical, if one takes into consideration the public – private format of the activities of the company — the Concession agreement with the administration of Volgograd.

The illumination of just recently formed public space in Kazakh street, which is in Sovietsky district of Volgograd — is the example of the typical project, when the lighting engineering solutions are integrated into the process of complex land improvement. One of the objects in the list of above mentioned program for the year of 2019 was the public garden, which was spaced out next to the municipal hospital №7. The pedestrian zone was coated with tiles. The grass plots and flower beds were made there, more than 400 trees were planted, most of which were mountain ashes and maples. In between the green plantations the paths were lined up. 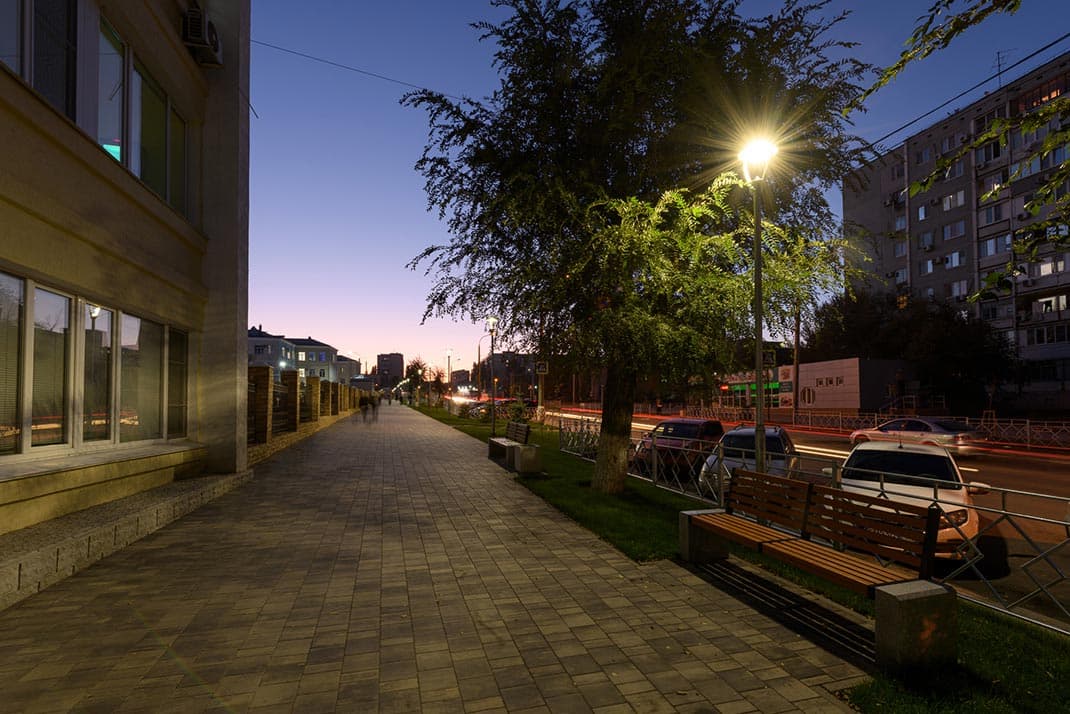 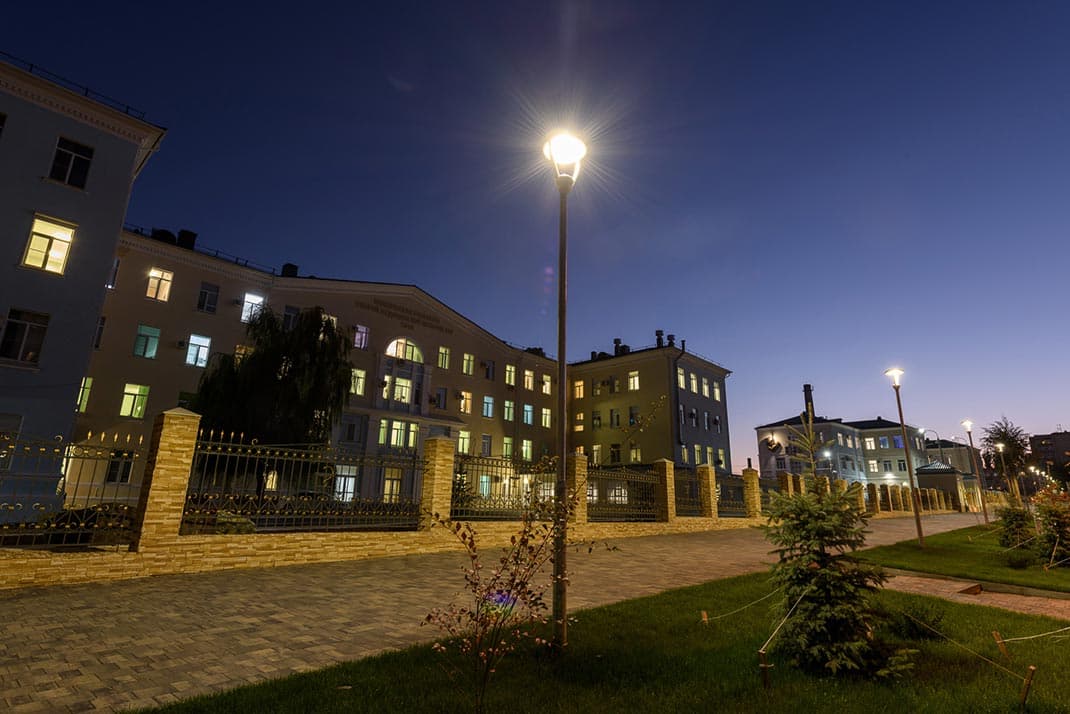 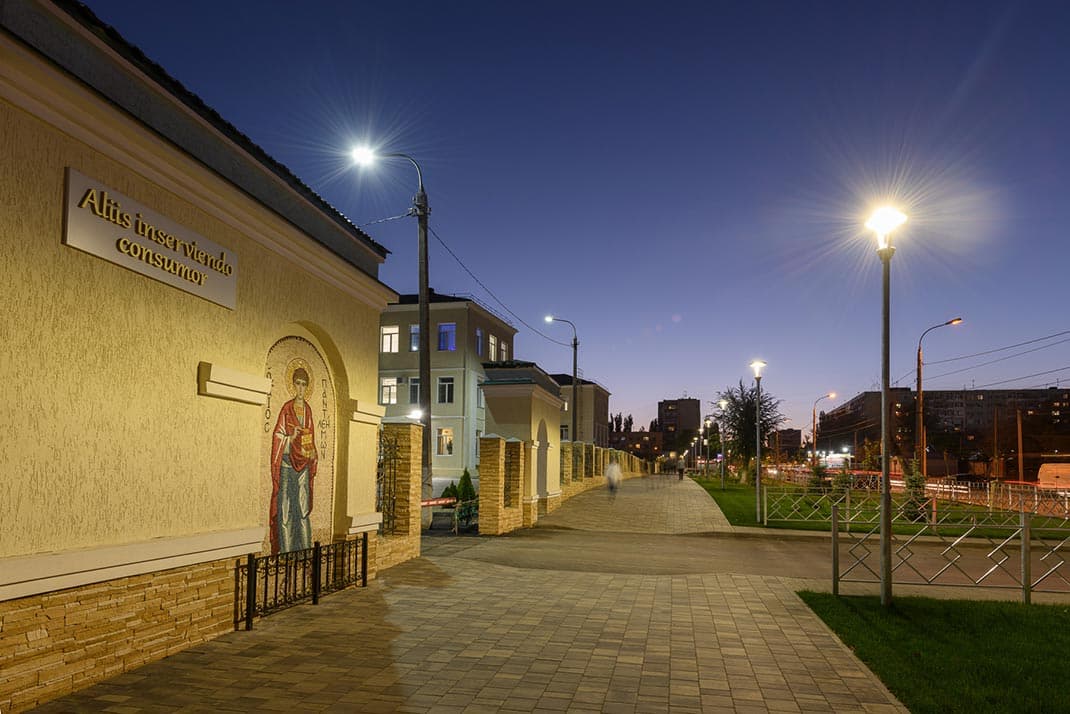 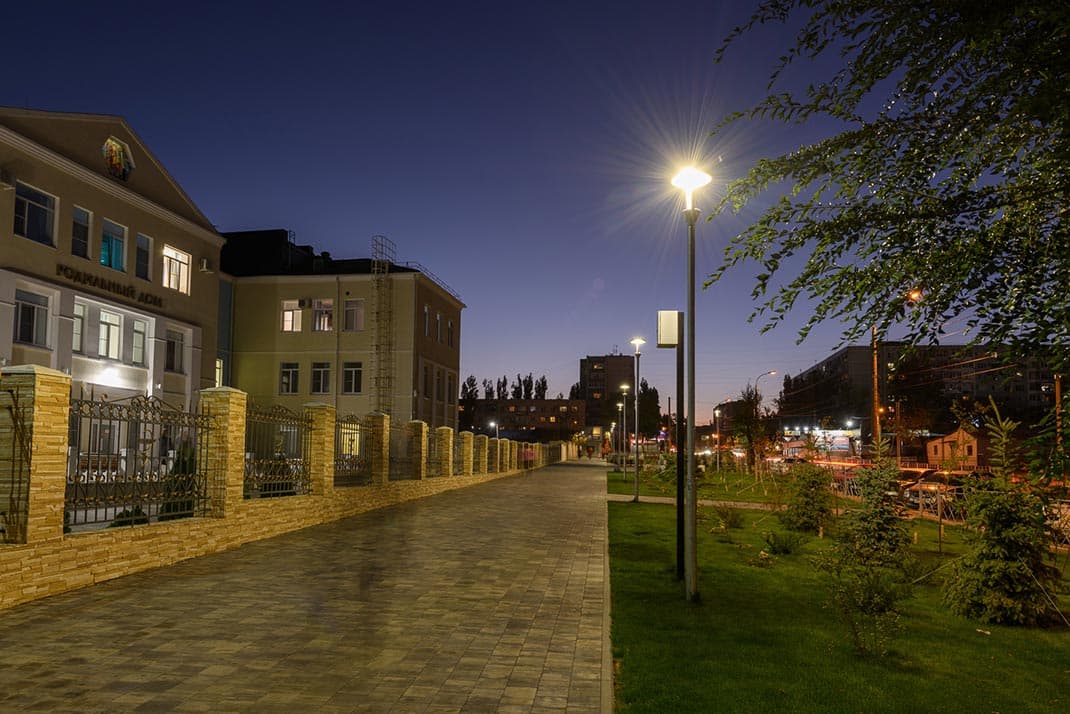 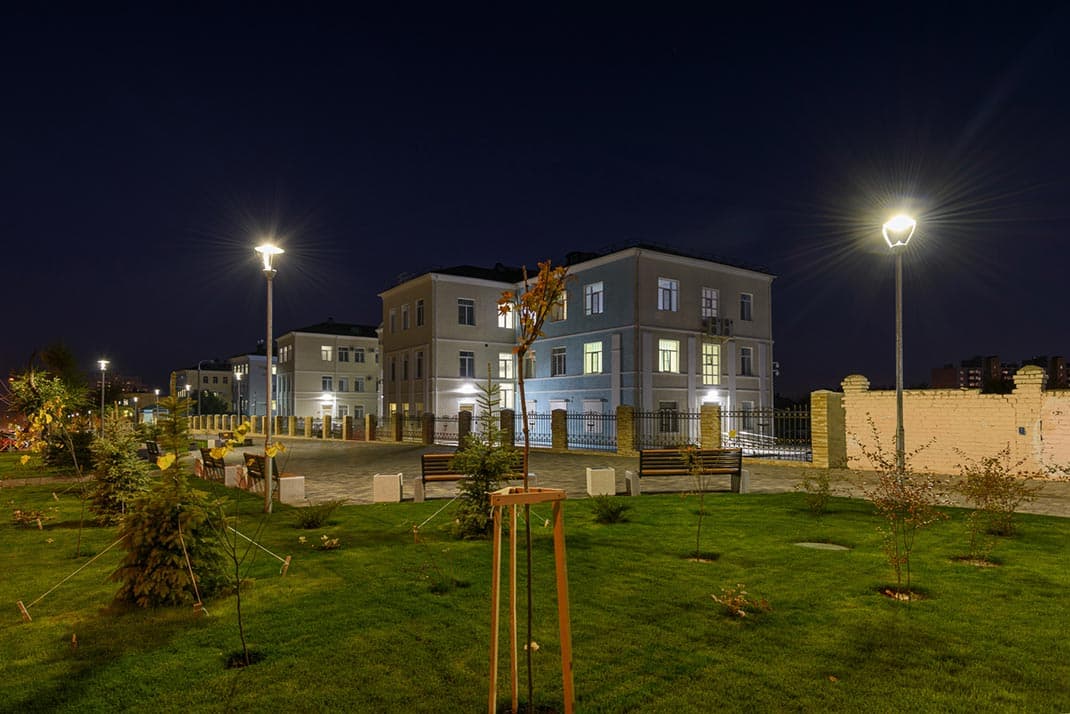 These improvements are composed into the new image of this part of Kazakh street — idyllic distance between the 1-st and the 2-nd Prodolnya highways. From the carefully placed benches one can see the view in semitones: the bright natural colors from the lawn are in contrast with the modest charm of the pavement. In this new public garden the residents of Volgograd will be able to stop the time, which flies, to cast off the fuss of the city and awake in their hearts the love to home nature.

The walks in this public garden are in full swing in the evening hours, that is why the illumination plays both functional and aesthetic role here, filling the atmosphere with the deep aroma of romance. The workers of«Svetoservice-Volgograd» installed 38 lighting fittings Fakel LED by GALAD, which were placed on standard lamp pole — decorative poles by OPORA ENGINEERING. And the light control in automated mode was implemented on the bases of external light control system, manufactured by « Svetoservice-ТeleMechanika» company.

The design of lighting fittings «Fakel» — is refined, but without finicality, — with tireless liveliness it inhales freshness into the atmosphere of the public garden, inviting for a walk. The illumination is assimilated with the created landscape solutions to such extent, that the public garden is vividly acquiring the nobility of the object, which personifies and preserves the spirit of Volgograd. Although according to the town building yardsticks — it is newly born!