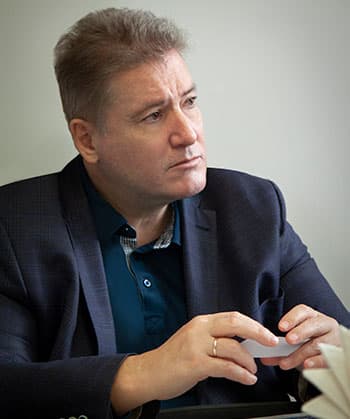 Georgiy Valentinovich Boos comes from a family of lighting engineers. He is a founder and a President of International Lighting Engineering Corporation “BOOS LIGHTNING GROUP”, a well-known public person and politician. He was born on January 22, 1963 in Moscow.

After graduating from the Moscow Power Engineering Institute and serving in the Soviet Army he started his career as a senior engineer and a junior research associate at the All-Union Scientific Research, Technological and Lighting Institute named after S.I. Vavilov (VNISI) in 1988. As a part-time job he taught math at a secondary school in Moscow.

In 1993 Georgiy Boos became focused on his own business activities. A youth production team he had created before began implementing all kinds of innovative lighting projects. Thus Research and Manufacturing Lighting Enterprise Svetoserviсe Joint Stock Company was set up.

At first the company performed its activities within the North-East Administrative District of Moscow, taking up any functional lighting related tasks. And in their spare time the members of the Boos young team were blowing out the ideas, developing ingenious innovative projects, still only on paper. Few believed in their success, and Georgiy Boos was seen as a romantic, an utopist, a dreamer. In 1994 the architectural illumination of a high-rise building of the Ukraine hotel and the Kazan Cathedral on Red Square was implemented in the shortest term, and the mayor of the capital mentioned the highest quality of works performed and responsibility of Georgiy Boos for his “words and deeds” in public. The Svetoservice Company became one of the leading contractors for the lighting of Moscow municipal facilities.

The Svetoservice Company assumed the responsibility for implementation of the program “Moscow Light and Color Environment Development”. During the period of 1994 to 1998 more than 300 projects were completed, including Big Sports Arena in Luzhniki, Moscow skyscrapers, stations of the capital, the ensemble at Manezh Square, Triumphal Arch, Sibirskoe Podvorie together with the St. Philip church, Poklonnaya Hill, subway entrance halls, more than 60 Orthodox churches, monasteries and many others. The Company was also entrusted to perform more delicate tasks, such as illumination of museum halls and exhibits, with the Moscow Kremlin Armory being the first project.

In 1995 Georgiy Valentinovich defended his candidate’s thesis on “Improving the efficiency of outdoor lighting installations in city streets and squares” in the Research Institute for Building Physics of the Russian Academy of Architecture and Construction Sciences.

In 1997 G.V. Boos and some members of his team have won the State Award in literature and art for architectural art illumination.

Today G.V. Boos is the president of International Lighting Engineering Corporation “BOOS LIGHTING GROUP”, the largest Russian company at the lighting market that has assumed the responsibility for the management of Svetoservice Group of companies and a number of manufacturing enterprises. Founded by G.V. Boos company is at constant and successful development, making implementation of any urban lighting concept of any complexity level as well as finding and implementing energy-efficient solutions for special applications such as industrial and greenhouse lighting possible. 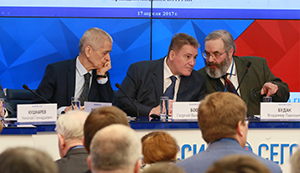 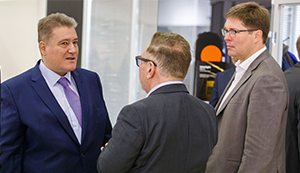 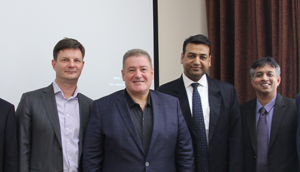 Georgiy Boos is well-known as a benefactor. 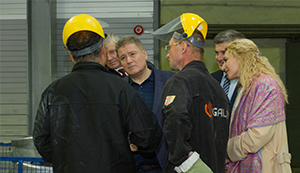